Fall is officially here.  It’s getting colder and I wanted something hot to eat.  I went to an Asian store a few days ago and discovered they sold fresh Vietnamese noodles for making Pho soups.  I had been searching for this!  I was using the dry noodles which took longer to cook.  I was so excited I wanted to go home and make a bowl of soup right away.  Talk about perfect timing since I was craving for soup that day because I felt cold.   I also found an excuse to use the meat we had in the freezer.

As I was making the soup, my children came home from school.  My youngest mentioned that he was cold, so I asked him if he wanted soup.  Both my children responded in unison and said “Oh, yes! Soup!” 🙂

The chilies you see were just a garnish.  I had to removed them because they were too spicy for my children.

Anyway, I didn’t take a picture of the noodle package because my children wanted to have the soup right away, but I changed my mind when I put it all in a bowl.   It looked so appetizing.  My children could hardly wait to have the soup, but I told them I had to take a picture first 😀   It was worth the wait.  We all enjoyed it although I had to give up the meat to them.

Cooking the meat, I used the cooking technique I learned when I was young making the popular Filipino soup, Bachoy.

Bachoy is a noodle soup with pansit mami (similar to Japanese noodles, Yakisoba) and meat garnished with green onions and fried garlic then adding soy sauce and lime juice to flavor the broth.  The texture of Yakisoba noodles is different compared to pansit mami.   Maybe because the Yakisoba noodles I had were previously frozen.  The Pansit Mami noodles back home were made fresh.  This soup is popular among Filipinos.  It’s sold in roadside eateries and restaurants.  I remember my mother would buy each of us a bowl after Sunday mass.   It was one of my childhood memories I cherished very much.   Looking at the picture makes me crave it, Oh, my goodness!   Don’t you agree? I wouldn’t mind having soup for breakfast in a cold morning. 😀

Anyway, if you can’t find fresh Vietnamese noodles in your area, try using any noodles and just put all your favorite toppings.  Or, you can make the Bachoy soup using the technique below for the broth without adding the Shitake mushrooms, spinach, salt and pepper.

©annascuisine.wordpress.com (2013)   Unauthorized use and/or duplication of material herein without expressed and written consent from this blog’s author, Annabelle Bedell, is strictly and completely prohibited.

This dish my friend is my healthier version of the Filipino comfort food, Arroz Caldo (Chicken and Rice) or Congee soup.  It’s low in calories and high in protein and fiber and half the carbohydrates than rice.  And, it’s so easy to make.  Your stomach would thank you for having this instead of the usual rice recipe.

END_OF_DOCUMENT_TOKEN_TO_BE_REPLACED 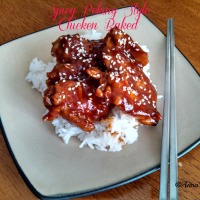 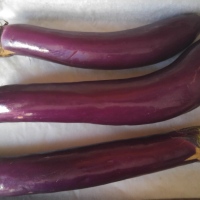 It takes someone to believe in you to make your dreams a reality. I am very grateful to those who supported me since I started my small business. There are many of you to mention. Know that I appreciate you all for believing in me. Thank you so much. Thank you God. I give You all the glory. I wouldn’t have been able to do it without Your help. Thank you God.💯🙌❤️
Happy New Year everyone! 🎉😘❤️🎶🎁
The best cheesy garlic baquette appetizer. Great for a hungry crowd. Just get them ready and pop them right in the oven (lower rack) when the guests walked in. Offer them something to drink. Bake it at 350 degrees just until the cheese melts about 9-10 minutes and serve. They are so good! Recipe below. 😋👍💯🎉🎶🎈
Do you see the heart in this picture? That’s a big heart! Wow! Thank you Lord Jesus!❤️🌈🎉🎁🔥🥹
#appetizer #platter
JESUS IS THE REASON FOR THE SEASON. 🙌❤️🎉🌹🔥🌈 Merry Christmas to all!
Beef Bulgogi with peppers. ❤️😋
Tofu Salad and Thai Garlic Eggplant. Check out my blog for the Thai Eggplant recipe. Great for vegetarian/vegan alike.
What’s for dinner? Stirfry noodles(pansit) with veggies topped with crispy onions and served with chicken dumplings with Asian sauce for dipping. 😋💯🙌❤️🍽
Magnificent sunset today. Praise God! 🙌❤️💯
Late post. 🥰❤️
Pumpkin Tiramisu Caramel Layered Cake for Thanksgiving. It was heaven.💯🙌❤️🍁🍂
Belated Happy Thankgiving. I hope everyone had a wonderful Thanksgiving.
Craving for a strawberry Shortcake. So I made one for Mom’s Day.🥰 Happy Mother’s Day to all moms out there.🌹🎂🎉❤️
Happy Resurrection Day to all! Praise the LORD for what He had done on the cross. Celebrate the real reason of the season. 🙌❤️
Asian Grilled Chicken with Turmeric Rice.
HOW TO KEEP AN AVOCADO TO STAY FRESH. Place the ripe avocado in the fridge once they are ripe. This will keep them from rotting. This ripe avocado has been in the fridge for a week and as you can see, it did not rot.
Frosted Lemon Cake. Happy birthday Mark!🎉🎁🎈🥳

Behold Wonder
My Journey With the Lord Jesus Christ

My Lord And Savior

Life inside a shell